I said long ago, that one of the (relatively) few benefits of leaving Hashigo is that I get to experience it as a punter. Now this isn’t entirely true, as every time I got in there, it still somehow feels like a workplace more than a bar to me. It’s like taking the back off a clock and watching the cogs move. The more familiar you are with the machine, the less you see it as a functional device for keeping time, and the more you see the individual pieces working independently.

Anywho, to move on from this rather laboured analogy, since I now no longer work at HZ, I now get to go to their beer festivals. Which isn’t so say I couldn’t go before. Infact I could get in for free when I worked at Hashigo. But you can never really enjoy a beer festival when you know you have to work an 8 hour shift afterwards.

So all this has been a very long-winded way of saying that Labour Weekend, I rocked up with a great deal of excitement, to the first beer festival I’ve attended without volunteering at/working at/working after, since Beervana 2010. And honestly, if I could only attend one festival a year, it would probably be Hashigo Zake’s Pacific Beer Expo. 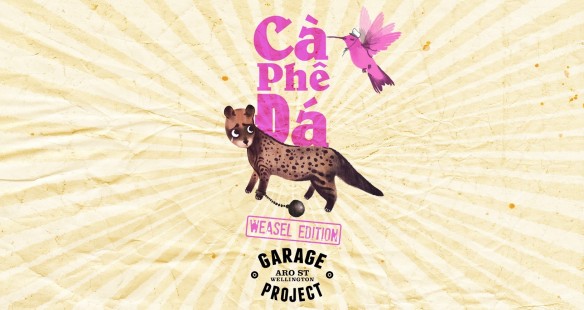 So what I’m trying to get at in a long-winded kind of way is that the beer selection at PBE is the absolute business. And for myself that’s really the main draw-card. But then I do proudly wear the badge of Beer-Geekdom. What other benefits are there for the more casual punter? 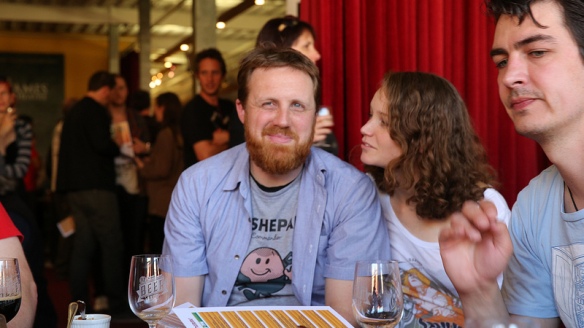 Unfortunately I didn’t get any photos of the PBE atmosphere. In fact this is the only photo I took, on someone else’s camera. I was too busy getting my festival on. C/O Megan Whelan.

Beervana is noisy and cramped. Octoberfest is a piss-up. Marchfest is a pleasant afternoon in the park. In contrast PBE is so damn convivial. It feels like a festival: a day off with friends and beer. Now a lot of people complained about the lack of seating (I’ll get to complaining soon), but I think that kind helped with the atmosphere. Instead of being cramped around little tables, where some poor bastard is left standing, trying to not feel excluded; everyone could wander freely between standing groups, or join little circles of people sitting on the ground. I think this added a lot to the atmosphere.1

What else? The embossed Spiegelau glasses were a nice touch.

Possibly the most classy beer-fest glasses ever.
Credit: Phil Cook

You know what the biggest benefit is, though? The cost. Yeah, tickets were kind of steep this year, and a few people complained. First of all, they contained an $8 Ticketek booking fee, which was a bit of a shitter. But frankly, I was there from start to finish of the festival, and it took me an hour to use up all my complimentary tokens. Then I think I only spent about another $20 on tokens all up. A taster was $2, a glass $4 (a flat rate for all beers). I remember my last trip to Beervana (to work). A taster was $4-$6, a glass was $6-$8 (ABV dependant) It cost me a hell of a lot more, and I wasn’t even drinking. PBE really is one of the best value festivals I’ve ever been to.

Alright, that’s enough positivity, time for some evenhanded criticism. There were some issues this year, and almost all of them can be linked to the venue. Ooh, surprise, surprise, a Wellington beer festival has venue issues. This is the perennial problem for festival organisers: each location has its positives, but also comes with frequently arbitrary limitations. In the case of the Town Hall, its a tied caterer. With the St James, its a tied ticketing agency driving up admissions costs and limitations on how much seating could be brought into the venue.  Also for some reason, they couldn’t turn on the air-vent’s which meant it got rather stuffy in the hall.

So even if the venue was a bit of a triple-shitter, there is a positive side: next years PBE will be back at the beloved Boatshed on the waterfront next year. Moving on.

Some of the beers advertised didn’t make it this year. That is a bit of a let down, but then I’m inclined to entirely forgive this on two grounds. First of all, the beer-list was still objectively outstanding. Secondly, ordering the beer for Golding’s, I have to deal with this sort of thing on a weekly basis. New Zealand freight companies (and let’s face it, breweries) are notoriously unreliable. Frankly some days I’m surprised anything ever turns up at all.2

I’m also assured that further steps will be taken to remedy this at the next festival.

Finally, my last gripe: the caterers rather seemed to phone it in this year. Yeah, the food was good, but last year it was amazing. And yeah, the selection was varied, but it seemed a little insubstantial. As I write this though, I’m wondering why I’m even complaining about this. What was on offer was good, what I ate I didn’t pay for, because food tokens were included in the ticket. What’s more, if I really wanted something else, I could have just popped out onto Courtney Place and picked it up. So I’m just going to stop talking about this now.

If you take anything away from this, it should be that PBE wasn’t perfect. But also, if any of the above is a deal-breaker, then I’m afraid you’re just being too damn picky. The Pacific Beer Expo is still the Wellington beer festival with:

Frankly if you don’t make it there next year, you’re missing out. I’m already looking forward to next year.

1. But then, four years of hospo has meant that I can now spend 10 hours straight on my feet no problem. In fact, I can pretty much sleep on my feet if need be.↑

2. My favourite experience of this was ordering beer from a certain New Zealand Brewery: I was assured it would be delivered within one week. Ten days later, I call up them up to find out where it’d got to. It still hadn’t left the brewery. ↑ 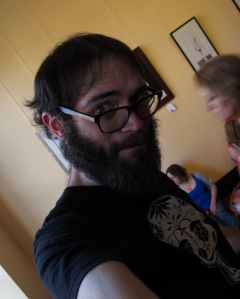 Actually, I lied. I took one other photo with someone else’s camera…
C/O Phil Cook