Not very long ago, a couple of my friends pitched an idea to me: an NZ-Beer-themed charity calendar. At the time I said it was a great idea. I even said I’d be in it. At the back of my head though, that mean little voice, that little worm of doubtful realism was wriggling around. And with good reason: Beer photography is a pretty dire field really.

When I say this, I’m not talking about the works of skilled photography enthusiasts like Jed Soane. No, I’m talking about  general everyday beer photos (particularly with people involved) found all over sites like Stuff.

You see there really isn’t you can do with beer as a photographic theme. It kind of always boils down to a few repeated poses, such as:

Pour me a beer.

Maybe it’s from a bottle. 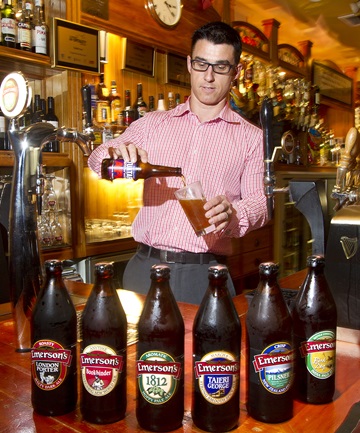 Maybe it’s at the brewery. 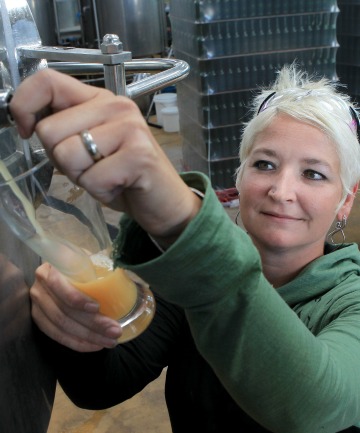 The wonderful Misty from Three Boys. 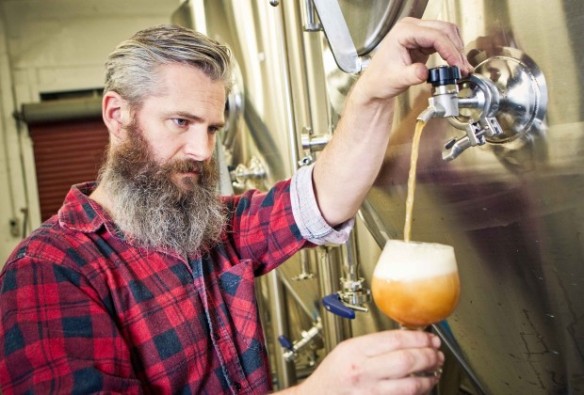 The awesome Pete from Garage Project.

The trouble with this shot is that after you’ve poured six pints, you’re getting fairly annoyed with the photographer and wasting a fair amount of beer. That’s when you move on to…

Hold a Beer Up to the Camera.

It’ll seem like you’re cheersing the viewer. Sort of. 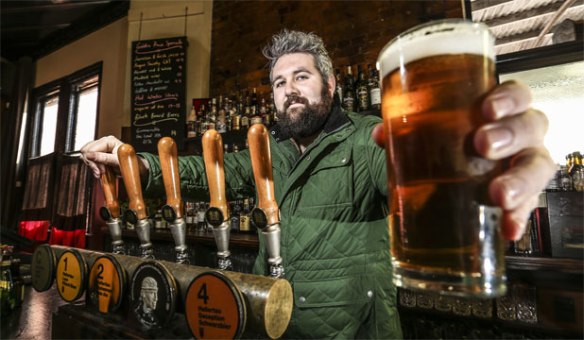 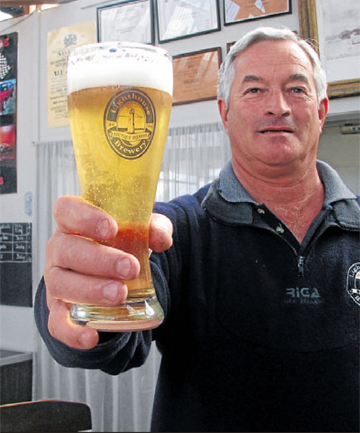 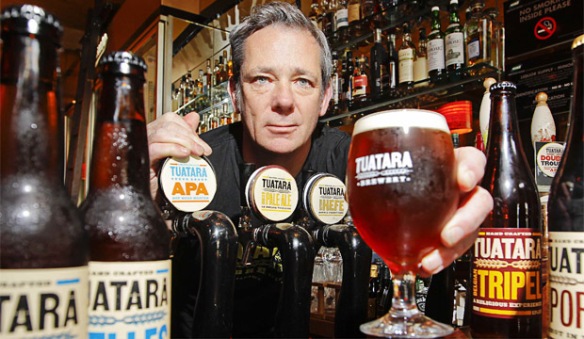 Ok, try and look less stiff, if you can.

Holding a beer up to the light. 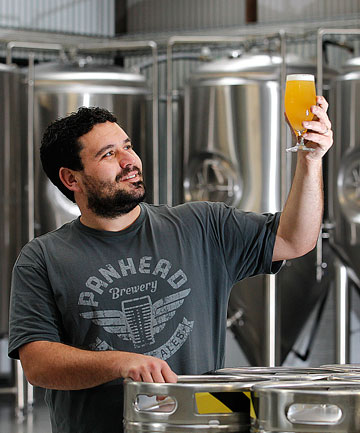 On point there, Mike. Looking good.

Ok, not sure why you’re in a shipping container, but that’s good, Josh. 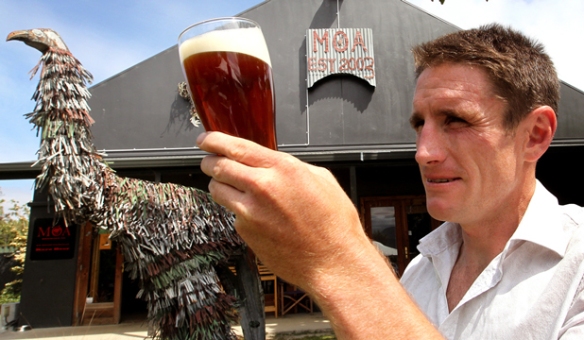 Ok great, we’ve got the shot. You can holding things up now.

Ok Stu, I like what you’re doing, but can you maybe dial it down a smidge? You’re scaring me a bit.

Ok, this just isn’t working. Can you just…

Hold the packaging and try and look vaguely sensible? 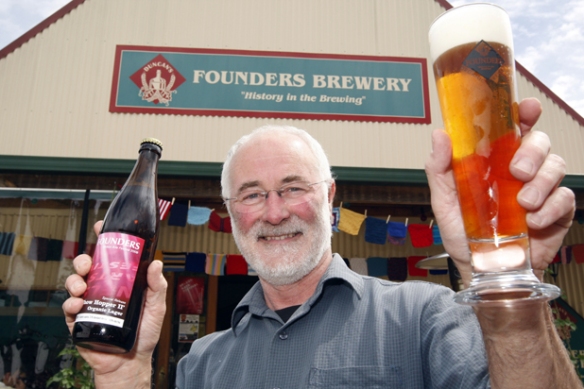 Good work there, John. You got the beer and the bottle in shot. Double points.

I swear this is the last photo I’ll take. Please don’t kill me. 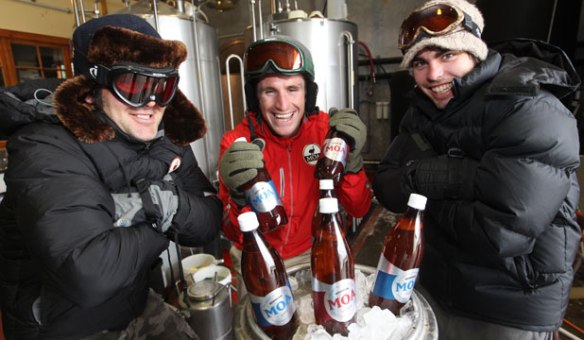 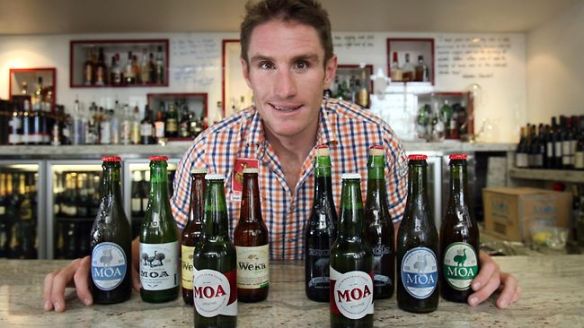 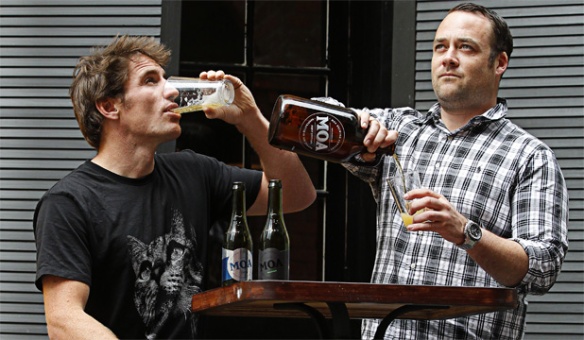 Of course sometimes, a  photographer aims a little higher. That’s when you get things like…

Martin Getting comfy on some grain. 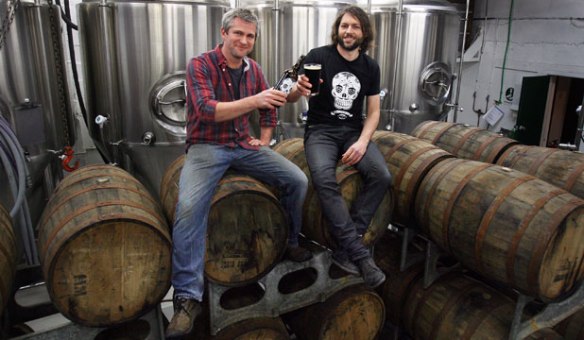 Trifecta from the Garage boys: A Package, a cheers and some barrels.

Soren, showing us how it’s done.

Work it Matts! Oh, and some Brewery Equipment! Bonus!

Finally, the most creative sub-genre: shots of… 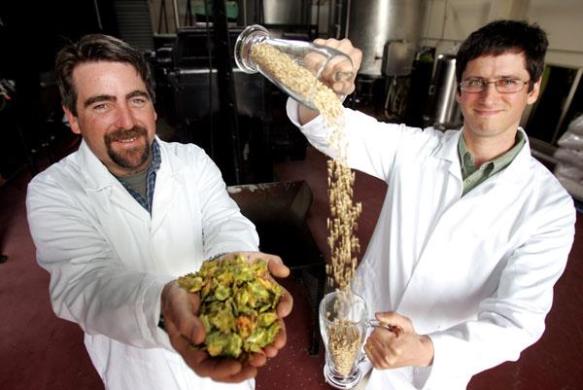 So to go back to where I started; when I heard that someone was going to do a calendar of beer people, what flashed through my brain was an endless procession of my colleagues and contemporaries gathered around their bars and breweries awkwardly holding pint glasses and not quite knowing in which direction to look.

I’ve never been happier to be proved so wrong in my life.

From the photos that have been leaked from the calendar, it seems as if more creativity, enginuity and passion has been injected into this project than I’d ever thought possible. It seems that each contributor has picked up the spirit of the calendar is making it into their own. Here’s a selection of leaked photographs.

Not sure what to call this one, but I like it. 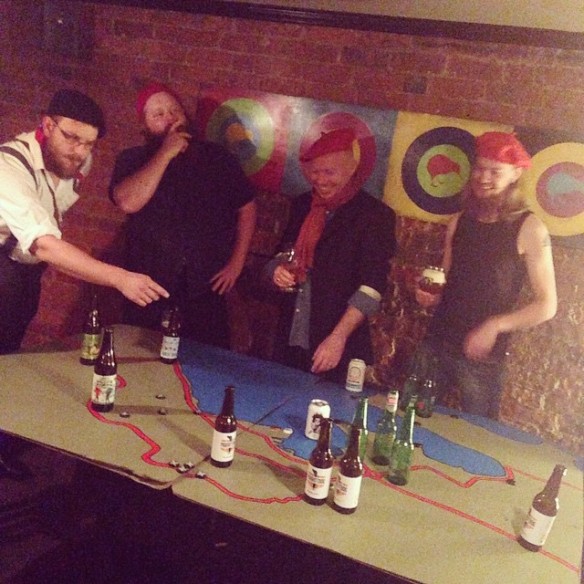 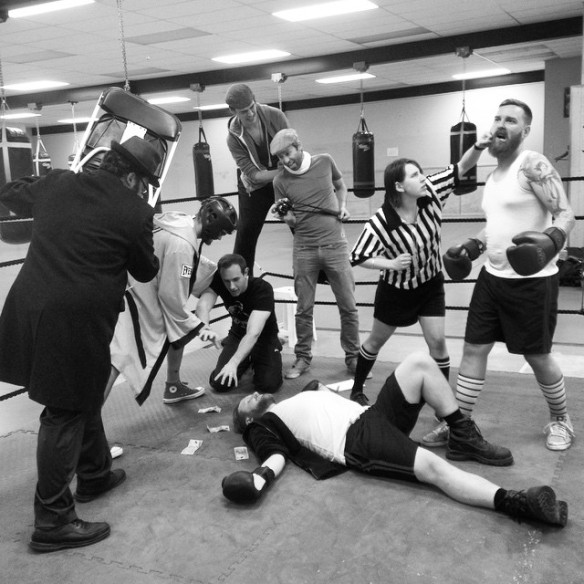 Note The Bottleneck in the robe…

Yes, there does exist a photo of Han and Young Obi Wan making out. No, you can’t see it.

The Craft Beer Calendar is the project of Jess Ducey and Megan Whelan. Proceeds go to the Sexual Abuse Prevention Network. It’s a very good cause, and I encourage you to get onboard. Pledges can be made here.

N.B. – All images used here are publicly available, through Google, Stuff, Facebook and Twitter. This post is not intended to be a dig at Moa or Josh Scott. Numerous Moa publicity shots (along with samples of their sexist, racist and homophobic marketing material) featured in almost every Google search I made. Hi Josh.

7 thoughts on “The Problem With Beer Photography”