I had a very interesting business meeting at Golding’s last week. Well actually, it wasn’t that interesting, so to liven it up a little, I’ve decided to recount it as if it was a cheesy 1950’s spy thriller…

The soft light of bucket lamps shining through drawn slats said someone had gotten to the bar before me. It was an uncommon interruption to a morning routine that varies little: I open Golding’s alone at 11am everyday until Mr.Golding arrives around midday. Perhaps he was early? I went in without suspicion.

Inside however, I was surprised to find middle-aged man in casual business attire relaxing at a table. He was tall and broad shouldered, darkish complexion, greying hair and a cheerful, slightly uncle-ish demeanour. I knew who he was: David Cryer, head of Cryermalt, the biggest player in New Zealand’s malt business. More commonly however, he’s known as the man behind Beervana, New Zealand’s largest beer festival. Not a man to be taken lightly in the beer world.

I’d met him before through Beervana, a festival I’d both worked and attended over the years. Indeed, I’d even shared a beer with him on several occasions. I did not however, expect to find him in unannounced in my bar.

‘Mr. Cryer, this is a pleasant surprise,’ I said, affecting nonchalance.
‘Indeed Jauslin, nice to see you too,’ he replied. ‘Mr. Golding let me in, but he was called away. I hope you don’t mind. I’ve been hoping to have a word with you.’
‘Certainly,’ I said, acting as if this was completely expected. ‘I’m all ears.’
‘As you know, Beervana is coming up in August. There’s a lot of action around town in the next few weeks. We need eyes and ears all over Wellington; men on the ground. Your name came up. We want you for the job.’
It smelt funny to me. ‘Don’t you already have your own machine for that?’ I asked.
Cryer shifted visibly. ‘Yes we do, and they’re doing a great job. But we need a man on the inside: a local. A freelancer, like yourself.’

The penny dropped in my brain so hard it must have made an audible thunk.
‘I hear you Mr. Cryer. Now let’s not split hairs: you want a spy,’ I said.
‘Now hold on Jauslin, that’s now what I said! You wouldn’t be spying, you be…’ he paused, looking for the right word. ‘Sharing useful information. We want you to be… Our man in Havana, so to speak.’
‘That’s an unfortunate literary reference. You want a mole, now call it what it is and be done.’ I countered.
‘We heard you were a man of understanding, but clearly I’ve come to the wrong door.’ Mr. Cryer got up to leave.
I laughed. ‘Oh no, you’ve got the right door, you just need to knock-knock on it the right way.’ I motioned for him to sit.

‘You want a spy in Wellington, you found one. But at a price, Mr. Cryer. Always at a price.’ 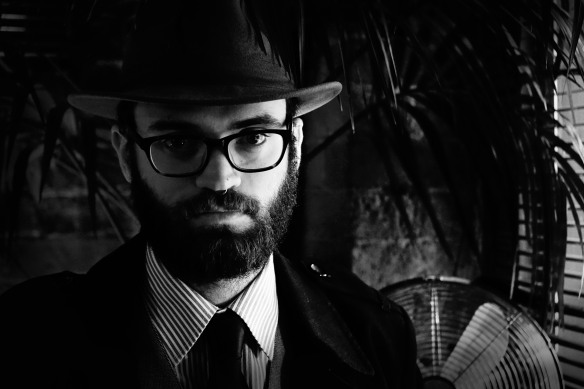 Ok, I’ll be serious-faced now. The meeting didn’t really go like that (for a start there were other people in the room, and the lighting wasn’t nearly so moody). The simple fact of the matter is though that I’ve taken on a role as what you might call ‘Social Media Liaison’ for the run up to Beervana. Our goal is to capture those beautiful, exciting, and frequently crazy moments that happen when the beer community get together.

Now this is new territory for me. A lot of people spend their life on Twitter, but I’ve never been much of a user. I keen a vague track on what’s happening in the beer scene, but for the most part, I just wait until I see something interesting (or get tagged), swing in, deliver a few devastating thrusts, and swing out again like Beer-Geek Errol Flynn. But we’re going to make a real go of this, so here’s the plan:

For all my dramatic talk of ‘Always at a price,’ I’m not being employed by Beervana. I didn’t write this post for money, despite what The Joker says (well, maybe a Beervana ticket and a few other perks). I’m doing this for a few reasons. First of all, I don’t want to write on The Bottleneck for money. I want to keep it free from bias (or at least other people’s bias).

Secondly, I’m not here for all the leadup to Beervana. My own #RoadToBeervana goes via Scandiwegia for a little while (basically, there’s a chair at Mikkeller Bar I need to sit in). So I’m not here for a decent slice of it.

Finally, I actually really do believe in what we do around Wellington at this time of year. There’s so much good ‘craft’ beer stuff that happens in this town when the whole beer community gets together. So lets get on this. Let’s share it, enjoy it, and help this industry grow.